This Saturday the 1st XI are at home to Aberdeenshire, currently at the foot of the EPL table with one win.   The 1st XI are currently on two wins with Arbroath and a win on Saturday would put a bit of distance between ourselves and Aberdeenshire with seven games to be played thereafter.

The match starts at the regular EPL time of 12 noon as the school term finishes on Friday. 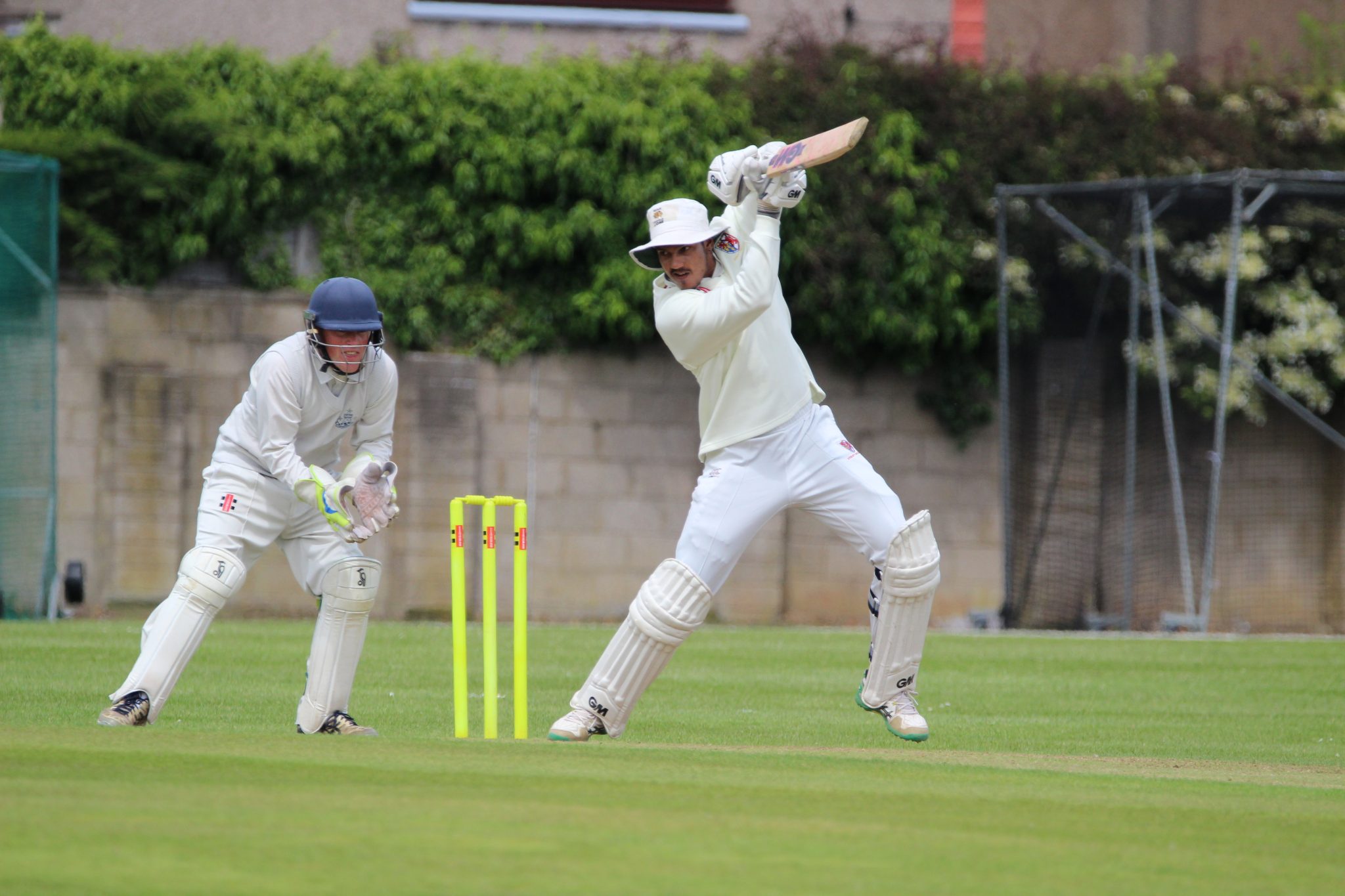 The 1st XI took on unbeaten league leaders Forfarshire at Broughty Ferry on a day when the sun shone and in front of a noisy crowd of about 300 enjoying the home club’s Food and Drink garden party with a musical accompaniment from the large marquee imported for the occasion.

In the end Forfarshire won comfortably but Stew Mel performed commendably with three batsmen posting half centuries batting first after captain Steven Parker won the toss.  Kyle McCallum (55) 9 fours, Ben Wilkinson (51) 4 fours, 2 sixes, and Shaylen Pillay (65) 2 fours, 1 six, took the game to the opposition despite aggressive bowling from Forfarshire’s opening bowlers Bryce Allchin and  Scott Cameron and 28 overs of disciplined spin bowling  maintaining a scoring rate of about four runs an over throughout on an excellent surface. 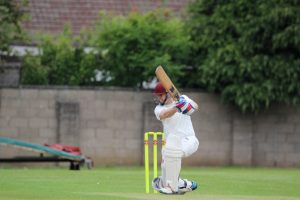 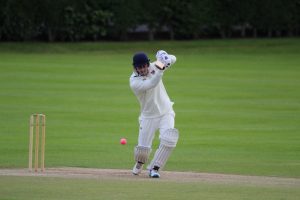 Given Forfarshire’s previous batting exploits this season the final total of 208, good as it was, was not enough to frighten the home side and after Shaylen removed young opener Jack Hogarth with the score at 37, Craig Wallace, younger brother of our Andy Wallace, and a current Scotland regular and their captain Umar Mohammed took control of the game going along at about five runs an over without ever looking anything less than assured at the crease until a sharp throw from Shaylen  took out the middle stump at the far end with a direct hit running out Wallace going for a second run.

Having taken the score onto 183 by that time it had become a question of when the Stew Mel total would be passed.  There was a further success of sorts when Forfarshire’s other current Scotland player Michael Leask was caught on the boundary by Callum Steel from Hayden Sweet’s off spin.   That encouraged brief hopes that we might extend the match beyond 45 overs and into bonus point territory but that was not to be as Forfarshire finished things off in the 42nd over with Mohammed still there on 73 not out.

Consolation came early with the news that bottom of the league Aberdeenshire (one win to date) had been bowled out for 45 by Carlton who required only 12 overs to complete the win.  Aberdeenshire come to Inverleith next Saturday which becomes a season defining match for the 1st XI.

The 1st XI cruised to a third win in this season’s Masterton Trophy competition against Championship side Edinburgh Academicals. Steven Parker on winning the toss chose to bat first and was rewarded with openers Kris Steel (19) and Ben Wilkinson (26) getting off to a high octane start taking eighteen runs off the first two overs and then past 50 before Steel was bowled by first change bowler Max Banks in the ninth over. The loss of a further two wickets in successive overs slowed the momentum of the innings until Steven Parker (23) joined Hayden Sweet (28) adding 38 runs for the fourth wicket off 33 balls, 100 for 4 in the sixteenth over. Andy Wallace (18) and Greg Bissett (8) kept scoring going so that the self imposed team target of 140 was attained last ball of the innings.

The first three Accies bats Andrew Cosh (13), Max Banks (23) and Omais Altaf (26) all made starts in taking the reply to 71 for 3 in the 12th over with the occasional lusty boundary hit but once they were gone the innings petered out as wickets were lost at regular intervals as they fell further behind the asking rate. Callum Steel took 3 for 9 from the eight balls he bowled as the innings was wrapped up in the 18th over for 99 and a 41 run win.

With three wins from five games we are challenging to qualify for a spot in the four team play offs with bogey team Corstorphine and Edinburgh CC still to play in the round robin.