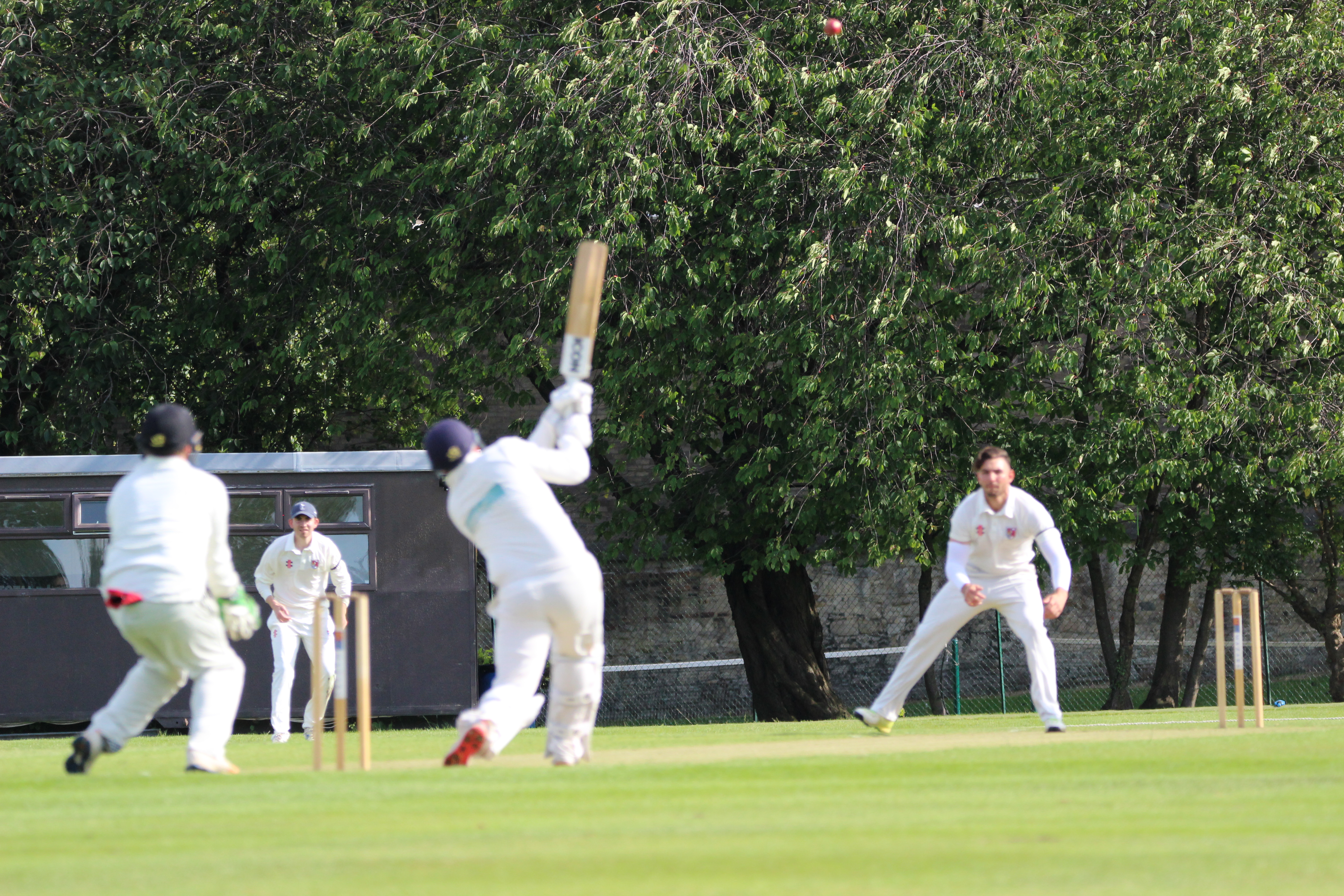 After heavy overnight rain Saturday’s league match was reduced to 22 overs a side starting at 4.35pm just 15 minutes before the cut-off by which time the ground was bathed in warm sunshine.

Steven Parker won the toss and elected to bowl, Grange opening with Scotland squad player Ollie Hairs only recently returned after several years down South and former Scotland bat Ryan Flannigan.   The first three overs produced 16 runs without loss before Hairs who favours “slog sweeps” both sides of the wicket “teed off” with 2, 4, 6, 4 off the final four balls of Hayden Sweet’s second over.  He continued in that vein for the rest of innings eventually scoring 179 not out off 81 balls with 17 fours and 12 sixes with only Shaylen Pillay and Andrew Wallace conceding less than two runs a ball from their bowling.   The highly thought of under 19 Scotland cap Tom MacKintosh batting at no 3 scored a fine 48 in more classical style with 5 fours and one six.   It didn’t go unnoticed that a very catchable chance was put down early in Hairs’ innings.

The Stew Mel response facing an impossible task was what in normal circumstances was to go along at very good rate of  seven plus runs an over with Shaylen Pillay opening with Kyle McCallum reaching 53 not out while Kyle made 36 (3 fours and 2 sixes) off just 24 balls.   Ben Wilkinson at no 3 made 16 off 17 balls and Hayden Sweet 40 not out off 28 balls.   So Grange duly collected the win points in their pursuit of league leaders Forfarshire while we are still seeking the further league win that will probably ensure league safety for another season.

Before the match a minutes silence was observed by the players and umpires following news of the untimely death of Watsonian’s groundsman and former Warwickshire and Scotland player Willie Morton which caused the withdrawal from our side of his Myreside colleague Kris Steel.