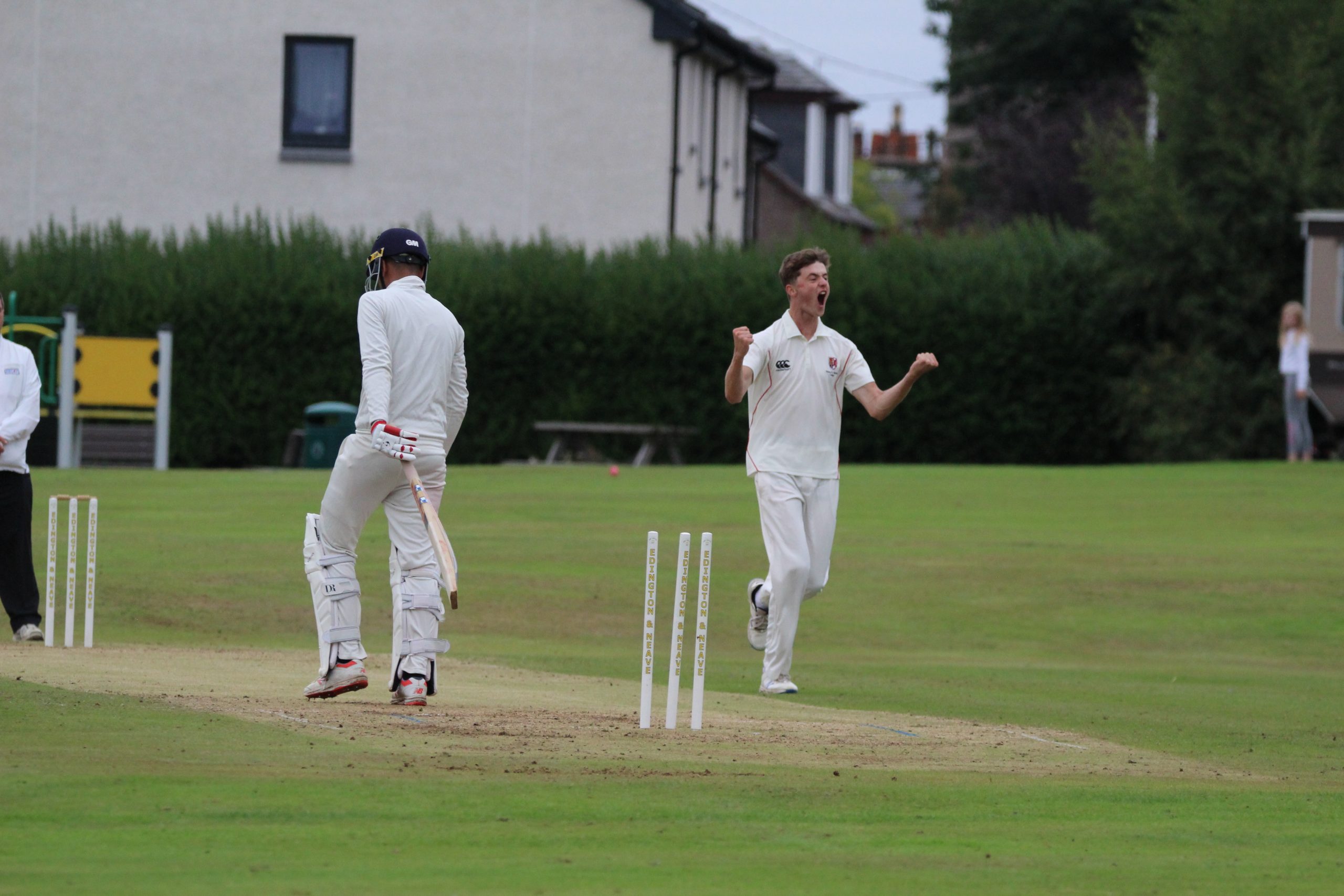 Celebrations were the rule after the 1st XI won a tension filled match by eight runs at Meigle yesterday.    After a delayed start Stew Mel got off to a brisk start via Kyle McCallum and Andy Appleton having been inserted by the Meigle captain in a match reduced to 48 overs a side.    The promise of a first innings score that would put the result beyond doubt dissipated when both Ben Wilkinson and Patrick Ritchie were caught in the outfield in short succession while pushing the score along at a rate.   After some consolidation work by captain Steven Parker and Greg Bissett a total of 195 was achieved which was adjusted to 196 by DLS  to compensate for the loss of a further four overs to a shower of rain.    Stew Mel’s bowling response got off to the best possible start when Joe Newman removed both openers for only six runs and a third wicket followed soon after.   Meigle’s own rebuilding exercise saw a stand of 83 with the score moving to 114 for 3.    Thereafter a combination of excellent slow left arm bowling from Kyle McCallum (4 for 26) aided by  a couple of run outs eventually saw Meigle succumb to a bout of scoreboard pressure and the much needed win for Stew Mel by eight runs with eight balls left.

Time for celebrating the continuation of Premier League cricket next season by the team and supporters.     “NFI” to follow. 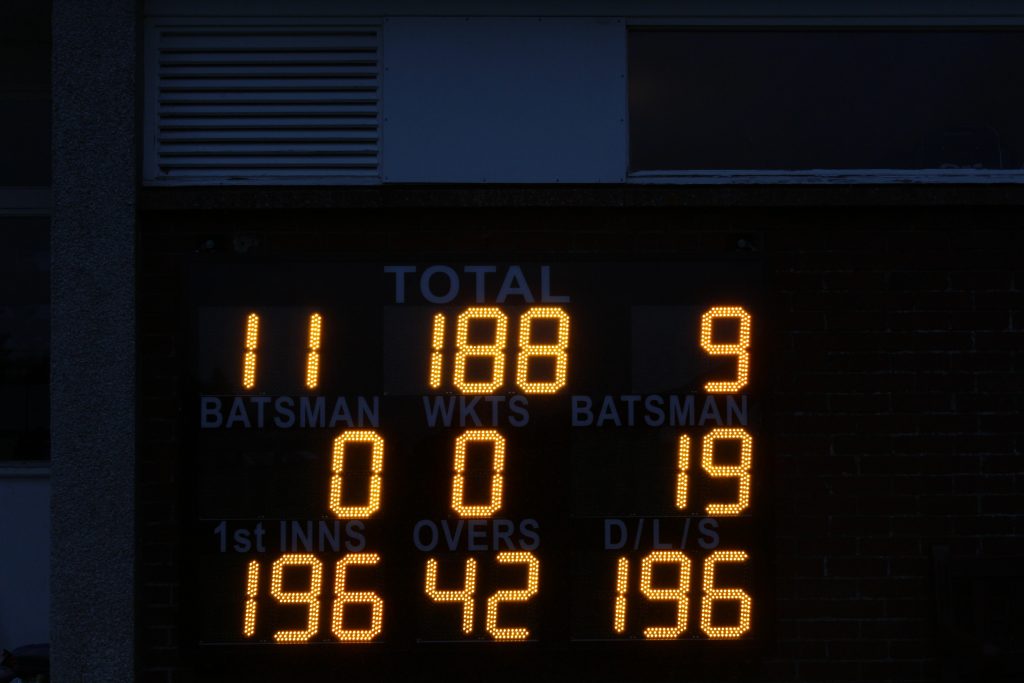 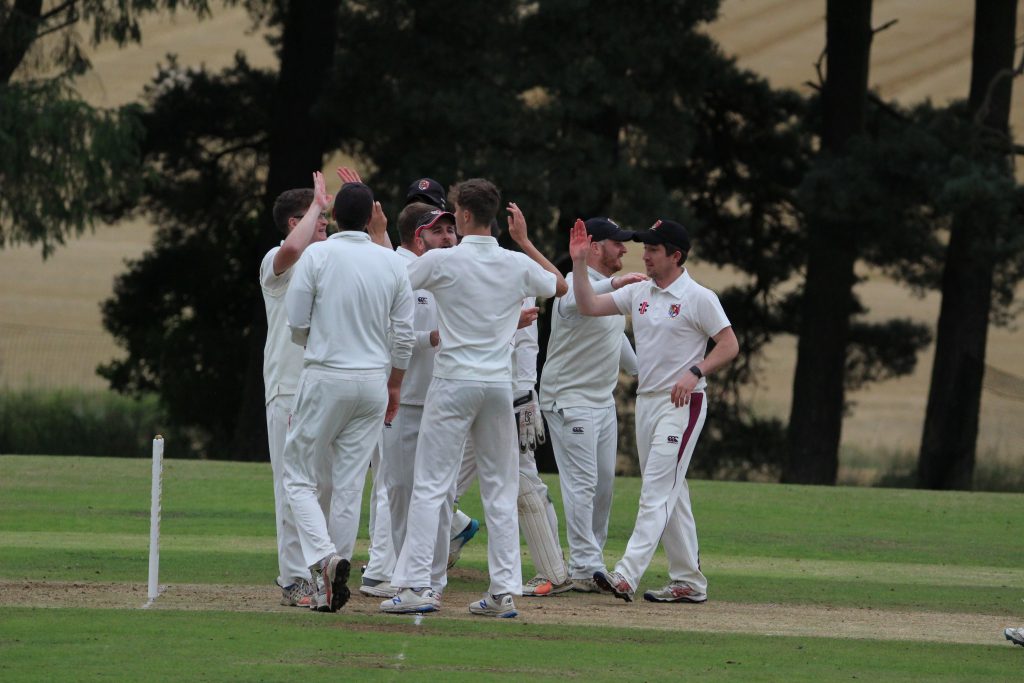 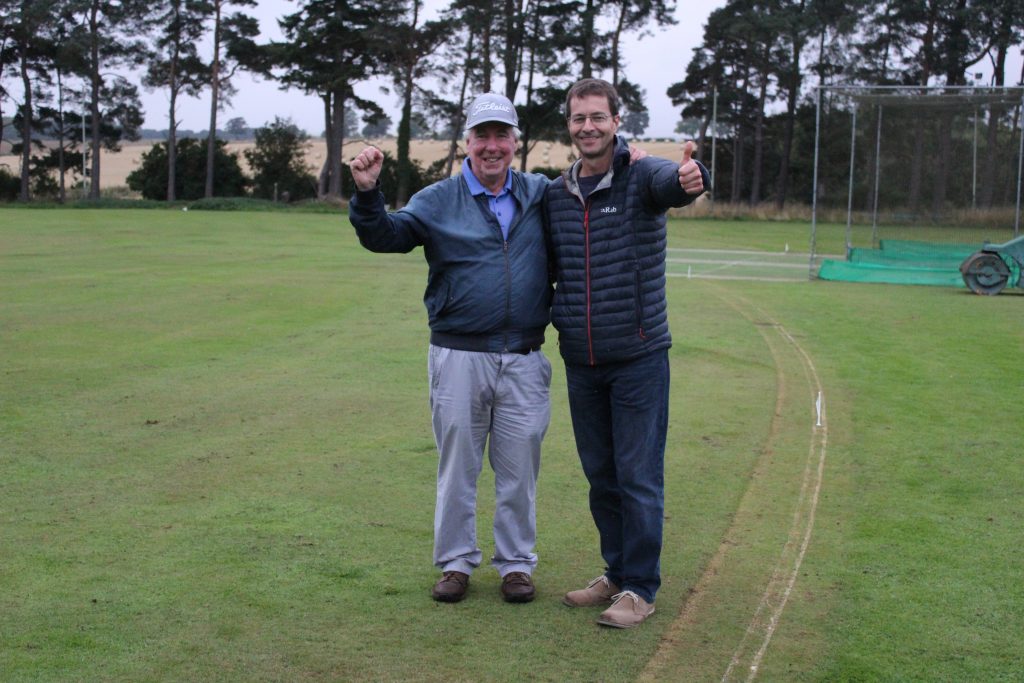