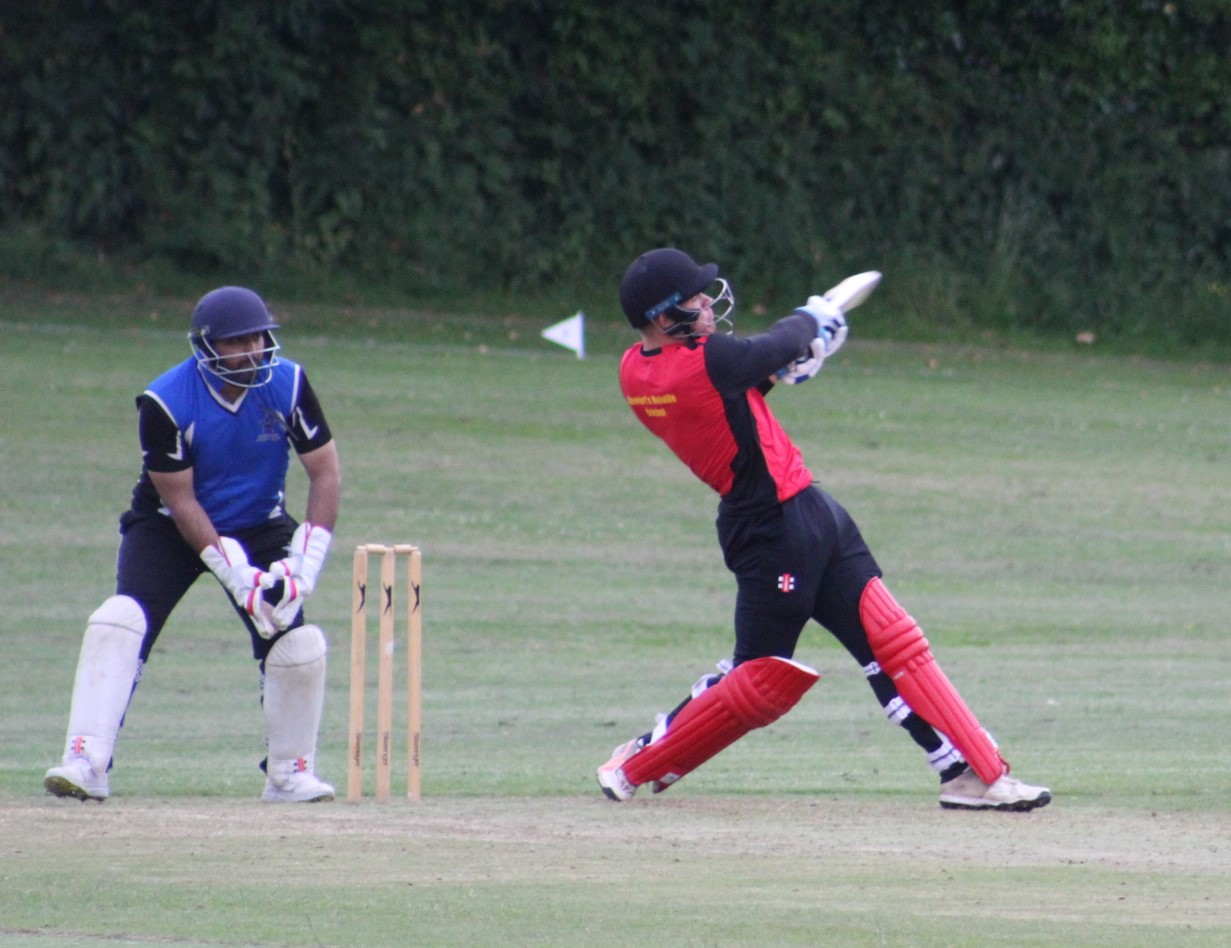 Photo – One of Patrick’s big hits for six against Edinburgh CC in the Masterton.

The 1st XI after successive wins in the EPL and Masterton Trophy lost by 32 runs in Saturday’s league match away to Stoneywood-Dyce.  Stoneywood were restricted to 176 in 43.2 overs with South African  former pro cricketer Lennard Bester batting at no 7 coming in at 62 for 5 and top scoring with 54 dominating a sixth wicket stand of 69.   In reply the 1st XI’s response never really took off with  Andy Appleton, Mike Miller and Patrick Ritchie all successful in the previous Saturday’s win  only making nine runs between them.  Thereafter Joe Newman 40 not out, Umar Malik (13) and Asdaq Raja (17) put a better face on things to reach 144 without quite  threatening Stoneywood’s total.

The 1st XI won last Thursday night’s Masterton tie against Edinburgh CC at Campbell Park succeeding in a remarkable run chase of 180 in the twenty over match.   Patrick Ritchie led the way with 70 runs off 35 balls including four 4s and six 6s.   Adam McHoul with 40 from 41 balls and opener Kyle McCallum 25 from 14 balls were the other main contributors.

Next up are matches v Watsonians (MT) and Carlton (EPL).