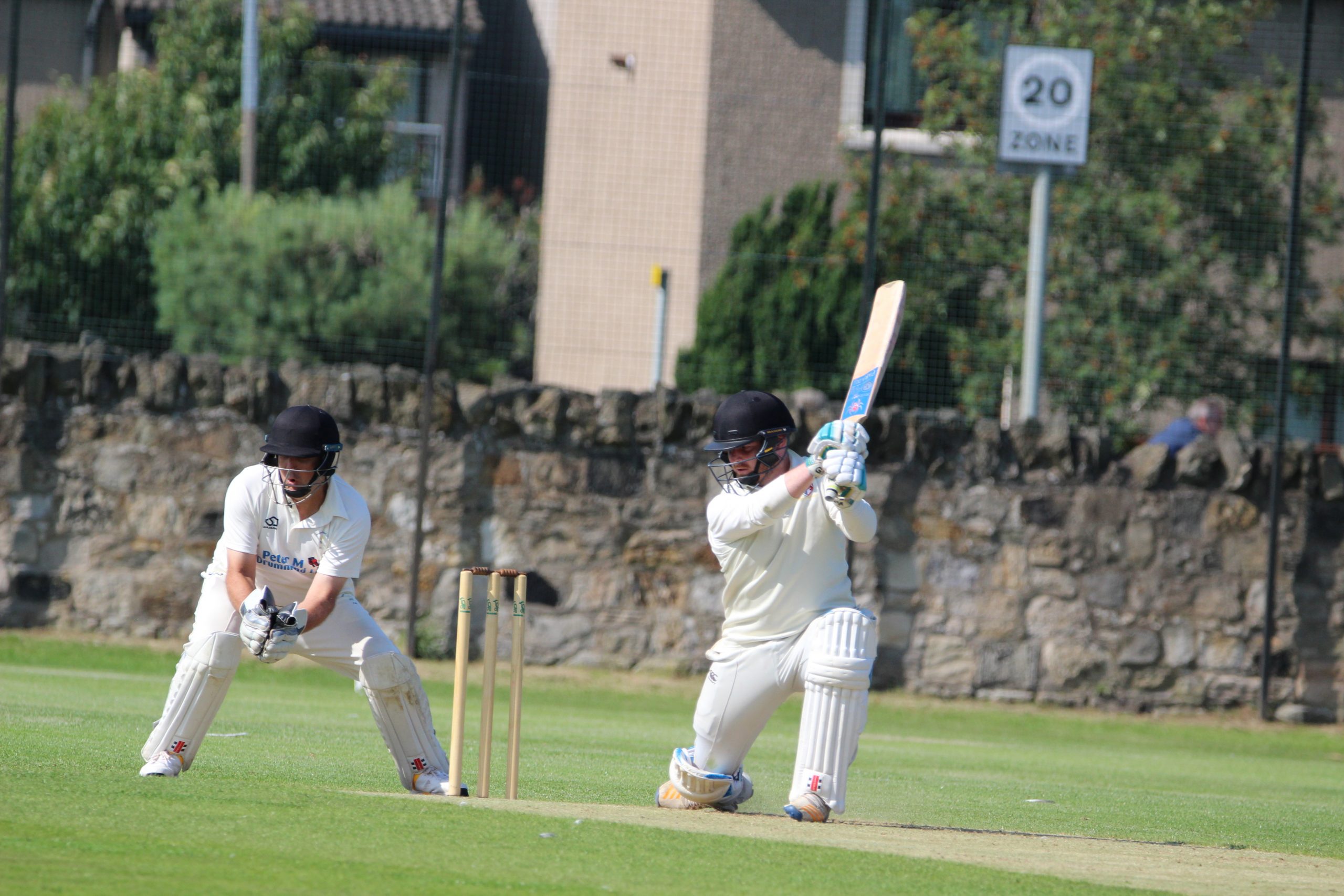 There were mixed fortunes for the 1st XI in the weekend’s East Premier League double header.   Saturday brought an excellent win over Meigle at Inverleith when we chased down 181 batting second  while a one wicket loss to Watsonians at Myreside on Sunday after setting a target of 193 was a major disappointment.   Among several strong batting performances captain Steven Parker (pictured above) promoted himself to opening the batting and first wicket down and was rewarded with a 50 in each match.

Also on Sunday Meigle recorded a win against Stoneywood Dyce to edge ahead of us in the league table meaning there is all to play for in the second half of the league programme which starts on Saturday when we play league leaders Heriot’s.